5 Celebrities You Didn’t Know Had Veneers

It’s no secret that Hollywood is filled with beautiful clothes, beautiful people, and beautiful smiles. In a world where appearance is everything, most celebrities are willing to spend a small fortune on their signature looks. When genetics are not in their favor and they have to turn to alternate methods of looking beautiful, some celebrities go above and beyond, especially when it comes to their smiles. Cosmetic dentistry is hot right now, especially among the young and talented. Their faces are their moneymakers, with cameras drawn to their smiles. Here are five celebrities with dental work so beautiful, you wouldn’t even know they weren’t born with their smiles. 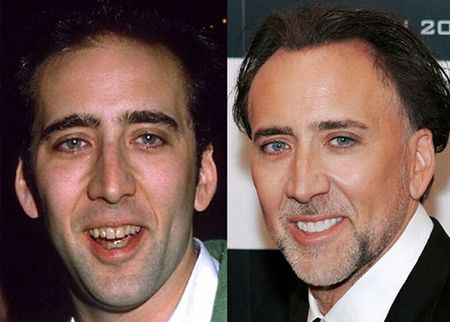 Famous for his roles in “Gone in 60 Seconds,” “Conair,” and the “National Treasure” trilogy, Nic Cage has made a name for himself in Hollywood as a distinguished actor with looks that could kill. After his role in “Fast Times at Ridgemont High,” Cage knew he wanted to take his looks to the next level, so he opted for a complete smile makeover. 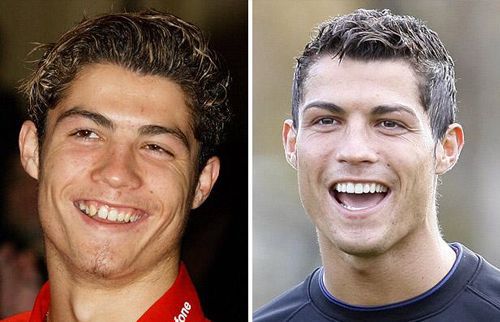 This famous Portuguese soccer star began his professional career at the age of 18 after catching the attention of the reputable soccer club Manchester United. Fans fawned over his looks from Day One, despite his unsightly smile. As his career furthered, so did his appearance. When he opted for a complete smile rejuvenation early in his career, he garnered the attention of mass media and was nominated by many publications as one of the sexiest athletes in the world. 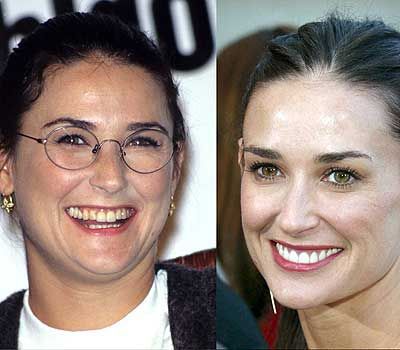 One of today’s most famous beauties, Demi Moore had to work her way to the top to be accepted into Hollywood’s culture of great actresses. Soon after her role in “Striptease,” Moore had everyone in America lusting after her beauty. Despite her success in the role, Moore knew that to further her career, she was going to have to change her look. Due to her seeming inability to age and a gorgeous cosmetic dentistry procedure, Moore continues to take the world by storm as one of our culture’s most timeless beauties. 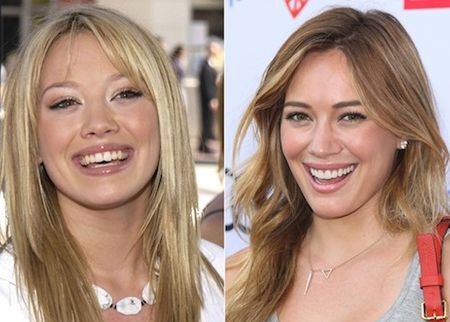 A child star now all grown up, Hilary Duff decided to make a change to her smile after her stint on the hit Disney TV show, “Lizzie McGuire.” Duff’s initial veneer procedure led to a bit of controversy among her fans due to the size of her new teeth, but after another procedure, her teeth were filed down and looked better than ever. Today, Hilary Duff has transformed from tween TV star to philanthropist, mother, and stunning adult actress. 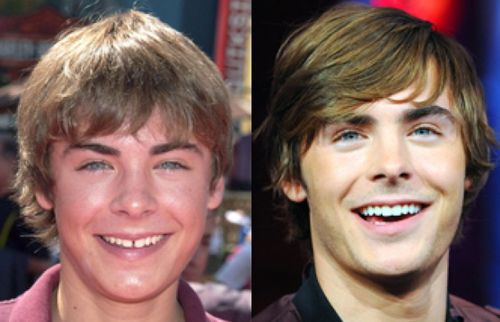 Another star famous for his stint on the Disney Channel, Zac Efron has taken young women across the country by storm due to his flowing hair, chiseled body, and gorgeous smile. Prior to his “High School Musical” days, Efron spent his teen years much like most of America: awkwardly. To advance his career and grow into his looks, Efron opted for cosmetic dentistry, and, well, the rest is history.