5 Reasons Why Your Gums Are Bleeding 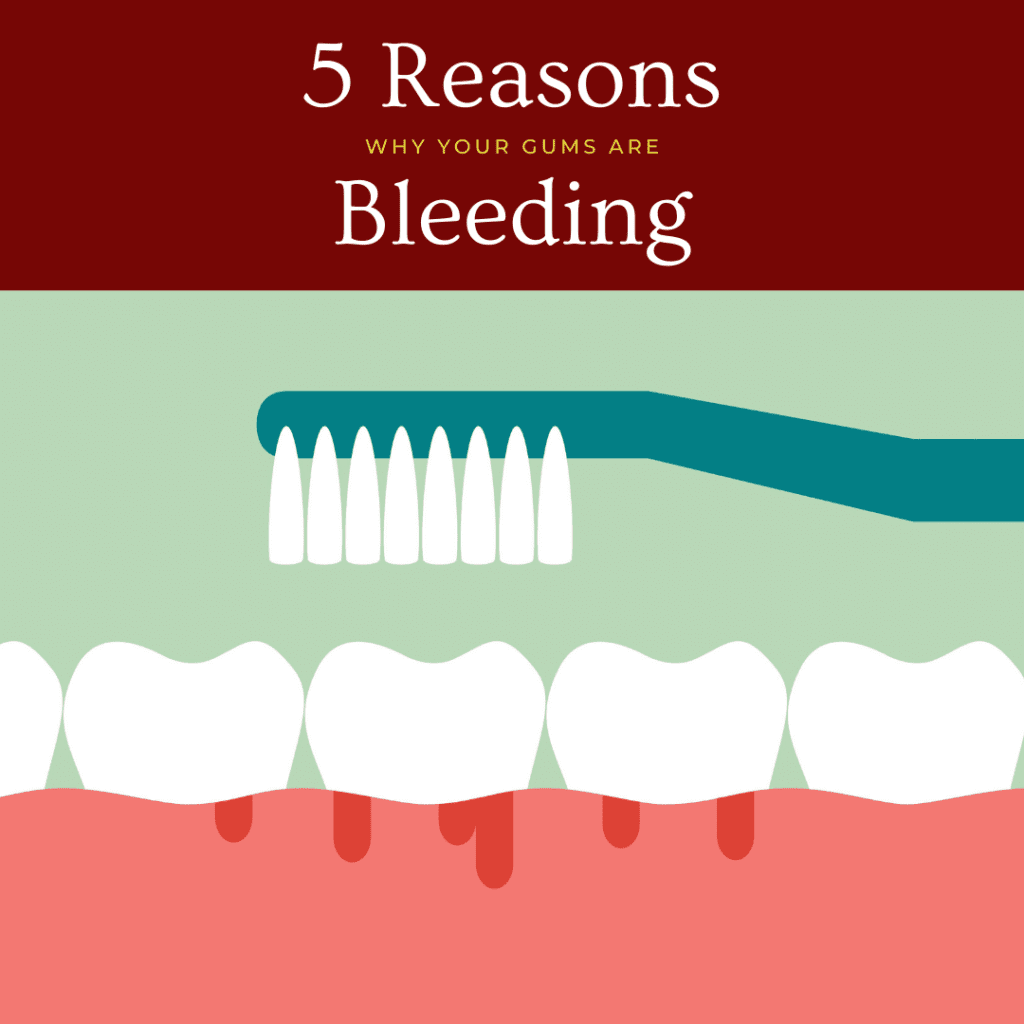 Noticing that your gums are bleeding after you brush or floss can be quite alarming, not to mention disgusting. No matter how good your teeth look, bleeding gums can very quickly take your smile from beautiful to horrific. Bleeding gums can also indicate possible issues with your oral health, brushing and flossing habits, or even your overall health. In fact, there are various reasons why your gums can bleed, including:

One of the most common causes of bleeding gums is a mild form of gum disease known as gingivitis. Gingivitis occurs when excess bacteria accumulate along the gum line and cause the gum tissue to become infected. This infection not only causes the gums to bleed, but it can also cause the gums to become swollen, tender, and red. Gingivitis can be easily diagnosed by your dentist and effectively treated by improving your oral hygiene routine. Additionally, there are some medical conditions that can increase your risk of gum disease, such as diabetes, so it is important to know if you are at an increased risk.

Although certain medications can be beneficial for treating medical conditions, they can also affect your oral health. One example of this is that taking blood thinners for heart or blood vessel disease can make your gums bleed since your blood is thinner than normal and does not clot as easily. Possible blood thinners that can cause gum bleeding include: warfarin, aspirin, and heparin. While bleeding gums may just be an unfortunate side effect of the medication, there are cases where your dentist and/or primary care provider may elect to change your medication if the bleeding is severe. For this reason, be sure to mention your bleeding gums to both your dentist and primary care provider.

Pregnant women are at an increased risk for pregnancy gingivitis because of the hormonal changes associated with pregnancy. Unfortunately, these hormonal changes can cause the body to become inflamed more easily when confronted with the bacteria responsible for gingivitis. If you are pregnant and notice bleeding gums, it is important to visit your dentist to determine if you have pregnancy gingivitis. This is because gum disease can have a negative affect on pregnancy and delivery, especially if it is able to advance.