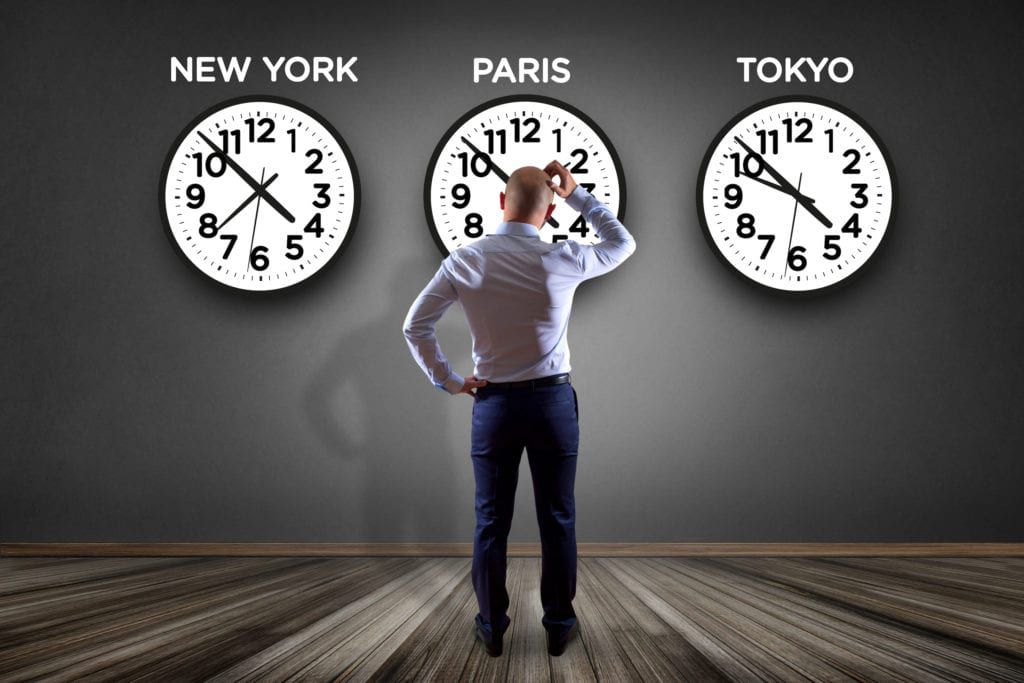 It’s truly amazing how much of our behavior is beyond our control. How much of it is dictated by pure chemistry in our bodies. Equally amazing is that the fact that we can find the chemicals responsible for these bodily actions.

Recently, scientists at Kobe University have identified a hormone that stops the body from rapidly adjusting to new time zones. It’s the chemical responsible for the terrible feeling of jet lag we experience when we cross multiple time zones.

Specifically, the hormone is vasopressin. It’s more well-known role is in the retention of water and the balance of fluids in our body. However, vasopressin also seems to be the key currency used between cells in a part of the brain called the suprachiasmatic nucleus (or SCN).

The SCN can be thought of as our body’s “master clock.” Like so many functions of the brain, we don’t know precisely how it works. We just know it is deeply involved in maintaining circadian rhythm.

Scientists experimented on mice. One set had functioning vasopressin receptors. The second set did not. They then put the mice on a 12 hour dark and 12 light cycle for two weeks.

Next, the researchers advanced the light-dark cycle by 8 hours. They then noted how long it took the two mice populations to adjust to the new schedule.

The results showed that ‘normal’ mice—those with the properly functioning vasopressin—struggled to adjust. It took them about 8 to 10 days to get over this ‘jet lag.’ The second population of mice needed only 2 to 4 days to adjust.

To really confirm that vasopressin is responsible for the time adjustment, scientists then gave the ‘normal’ mice drugs that block vasopressin receptors. As the scientists predicted, the mice now adjusted quickly to the new light-dark schedule.

Jet lag is intimately tied to exposure to light. Companies like DreamSpa make canopies that you place your head in and it combats jet lag.

Where to Go From Here

This breakthrough has obvious implications. Now a simple pill could reduce or completely stave off the effects of crossing multiple time zones. It’d be great both for vacationers and for business travelers. No one wants to lose the precious commodity of time.

There are, however, some other implications to this study. One area that could benefit is rotational shift work. You’ve heard of the proverbial ‘graveyard shift.’ Rotational workers suffer from higher rates of cancer, cardiovascular, and metabolic diseases.

Drugs that block vasopressin receptors may make shift workers adjust to their schedule much more quickly and maybe improve their health.

Armed with this new knowledge, scientists could help shift workers adjust to their unnatural work schedule and readjust back out of it. Interfering with vasopressin may even address the health issues associated with shift work.

Like all medical breakthroughs, much more research must be done. As mentioned before, vasopressin’s main functions are retention of water and constricting blood vessels. Tampering with this hormone could have unforeseen effects.

We’ll have to wait and see if a magic jet lag pill becomes available. Until that time, there are at least two tricks to help us. One is traveling on an empty stomach. By not eating you’re fooling your body’s rhythm to adjust quickly to a new time. A second tip…Viagra, yet only when traveling east. Weird, I know.