Dementia and Tooth Loss: Is There a Connection? 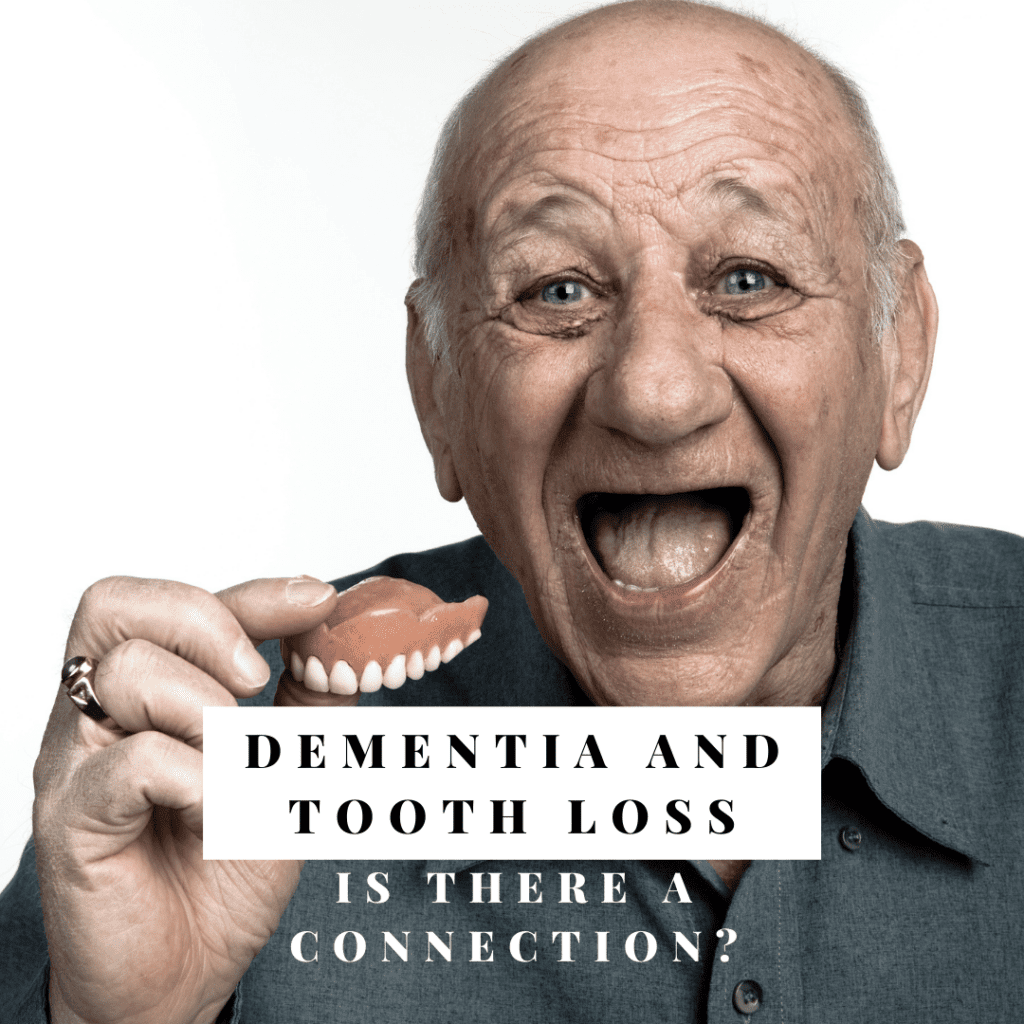 Losing teeth is no fun. It can leave you feeling self-conscious and less confident in your appearance, and it can even make eating difficult. But did you know that tooth loss might also increase your risk of dementia? This blog post will explore the connection between missing teeth and dementia, as well as why replacing missing teeth with dental implants could decrease your risk of developing this condition.

As many as 1 in 6 Americans over the age of 65 lack natural teeth, according to the Centers for Disease Control and Prevention (CDC). These numbers show that tooth loss is a serious problem among the elderly. When it comes to tooth loss in adults, the most common reason is periodontitis. Periodontitis is a severe form of gum disease that breaks down the supportive structures around the tooth. This causes the teeth to become loose, fall out, or need to be extracted.

The Centers for Disease Control and Prevention (CDC) also estimates that over 5 million individuals over the age of 65 are afflicted with dementia. While many people think dementia is a disease, it is actually a collection of symptoms associated with brain deterioration. These can include:  impairments with thinking, memory, and decision-making. Alzheimer’s disease is the most common form of dementia, however there are others as well. Dementia has no known cause at present, although risk factors include age, genetics, race/ethnicity, previous or current head injuries, smoking, and health issues such as high blood pressure and high cholesterol. Recently, however, tooth loss has also been added to that list.

Findings from a recent study published in the Journal of Post-Acute and Long-term Care Medicine by researchers at New York University Rory Meyers College of Nursing has suggested a connection between tooth loss and dementia. This study evaluated 14 different longitudinal studies that included a total of 37,074 adults and 4,689 cases of adults with diminished cognitive function. What researchers found among these studies is listed below:

“…the relationship between the number of missing teeth and risk of diminished cognitive function substantially strengthens the evidence linking tooth loss to cognitive impairment, and provides some evidence that tooth loss may predict cognitive decline”

Despite the fact that this study implies a connection between tooth loss and dementia, researchers noted that they could not pinpoint an exact reason why tooth loss leads to dementia. One theory was that tooth loss causes problems with chewing that can lead to malnutrition. Another theory was that there is a connection between gum disease and cognitive decline, and that tooth loss was the result of gum disease. Finally, they also noted that life-long socioeconomic challenges could increase risk factors for both tooth loss and cognitive decline.

Fortunately, there are dental prosthetic alternatives for individuals who have lost teeth. Dentures are one of the most popular prosthetic solutions and were discussed in the piece. Dental implants are another popular prosthetic alternative that was not mentioned in the article, but is nevertheless an ideal option for replacing missing teeth. Even though dentures can restore partial chewing function to prevent malnutrition, only dental implants can restore complete chewing function. Additionally, dental implants offer a more permanent solution to tooth loss since they are implanted into the jawbone and preserve the bone.

Missing teeth can lead to cognitive impairment and dementia. To protect yourself from these symptoms, consider getting dental implants to replace missing teeth. Better yet, practice good oral hygiene daily to decrease the risk of tooth loss.