Is Your Toothbrush Making You Sick? 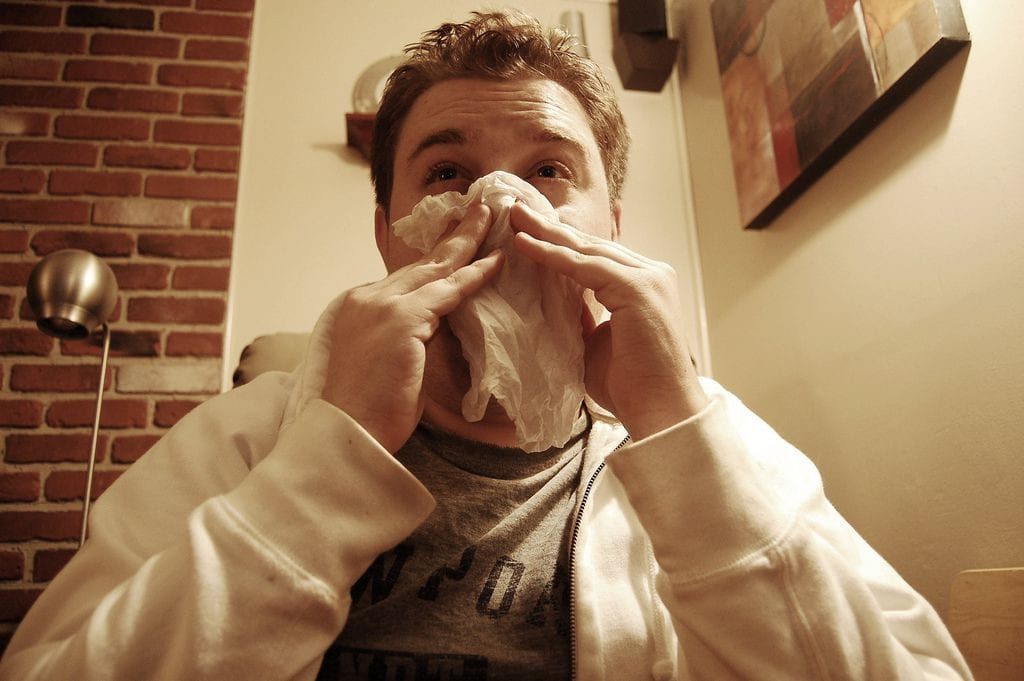 Riddle us this: What lives in your bathroom, has tiny bristles, and can house 1.2 million bacteria? Hint: It’s not your toilet brush. Turns out it is, in fact, your toothbrush. The New York State Dental Journal found that more than 70 percent of toothbrushes are contaminated with at least five of the nastiest germs out there, including the flu virus.

Because toothbrushes are a potential breeding ground for bacteria over time, the American Dental Association recommends discarding yours and replacing it with a new one at least once every three to four months to keep yourself safe.

But can your toothbrush actually make you sick?

Studies have shown that over 700 strains of bacteria have been found in the human mouth, though most people only host 30 to 75 different varieties. Luckily, most of these species appear to be harmless when it comes to our health. That said, Ann Wei, DDS, states that “in an unbrushed mouth, there can be as many germs as a dirty bathroom floor.” What do these bacterial varieties mean for your immune system?

According to a recent study presented at the Pediatric Academic Societies annual meeting, even as serious of a sickness as strep throat does not warrant a need for a new toothbrush. In an attempt to learn if Streptococcus could grow on already used toothbrushes, scientists put 54 brushes to the test. Some were used by patients with strep, some by individuals with sore throats from a cold, and some by perfectly healthy people. The results showed strep being shown only one toothbrush. This means that though viruses and bacteria are able to live on a toothbrush surface, they generally die out and do not spread.

Additionally, many medical advisors and internists have stated that you can’t give yourself the same strain of illness twice. Once the bacteria associated with a particular strain enters your body, you build up antibodies to it so you don’t re-infect yourself.

Though studies have shown that viruses and bacteria capable of causing sickness don’t live on toothbrushes, it’s important to keep up with general hygiene to avoid any risks. According to the Centers for Disease Control, adhering to a simple care regimen when it comes to cleaning your toothbrush is enough to remove most microorganisms, limiting the spread of disease.

To keep your toothbrush – and yourself – in tip-top shape, follow these common-sense steps:

Furthermore, you should follow the ADA’s recommendation of replacing your toothbrush once every three to four months to not only rid it of any potential bacteria, but to ensure that the bristles are working properly to clean your teeth.

So Does Your Toothbrush Really Make You Sick?

Technically, there is a very tiny possibility of getting sick by using a germy toothbrush, but thanks to your immune system and everyday hygiene habits, it’s highly unlikely. Of course, there’s a always a slim chance that certain bacteria can break through our defenses, so it’s important to follow the rules listed above to avoid any risks.