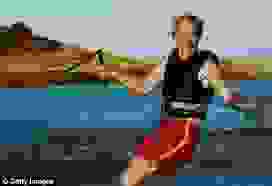 Scientists have targeted a compound found in red wine called ‘resveratrol’ as the key to delay the aging process—and to possibly lengthen the human life up to 150 years.

For non-red wine drinkers, SIRT1 is boosted by exercise and calorie restriction—the normal route people take to stay healthy and young.  However the enzyme can be boosted even further with activators instead of exercise, an idea some people may be very interested in who lack a proclivity for working out.  Unfortunately, there would be no impact on weight.

Once the discovery was made, pharmaceutical company GlaxoSmithKlein began work on a synthetic version of resveratrol that would be 100 times stronger than a glass of red wine. 4,000 synthetic activators of the drug have been developed so far; the best ones are being tested on humans with cancer, cardiovascular disease, Type 2 diabetes, Alzheimer’s, and inflammatory diseases such as psoriasis and arthritis.

The results so far have been promising.  For the Type 2 diabetes group, there was an increase in metabolism; for the patients with psoriasis, a reduction of skin redness.  Synthetic resveratrol was also tested on a sample of overweight mice.  The results were astounding: they were able to run twice as fast as slim mice and lived 15% longer.

Harvard University genetics professor Michael Sinclair said, “In the history of pharmaceuticals, there has never been a drug that tweaks an enzyme to make it run faster.”

When the drug was tested on overweight mice, they lived 15% longer than their slim peers.

He went on to comment, “Ultimately, these drugs would treat one disease, but unlike drugs of today, they would prevent 20 others. In effect, they would slow aging.”  The hope is to use the synthetic resveratrol to prevent these diseases instead of treat them.

Researchers hope the synthetic drug will be ready for use within five years—but initially any version of the drug would be only prescribed to target specific conditions.  The hope is that one day it could be administered orally as a preventative measure against the aging process.

Though resveratrol is available in supplement form, there is skepticism about its effects.

Some people argue there is a risk in taking a synthetic drug, including harmful side effects.  Would you take this pill if it were available?  Or would you rather increase your red wine intake?  Watch out for that option—more wine means stained teeth!