Monsters of the Mind 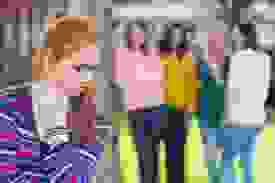 We often associate colors with certain states of mind or emotion. Anger is red. Sadness is dark blue to black. Joy or happiness is generally yellow. But what color or forms would other mental states take on? States like mental illness.

For a nation rife with people suffering from all sorts of mental illness, from depression to more extremes like split personality disorder, this question is quite pertinent. So much so that a Cornish artist Toby Allen turned these ailments into something more. 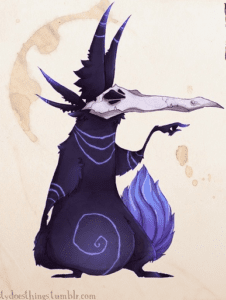 Allen drew Paranoia with long ears to be aware of every threat, real or imagined (all images: Toby Allen).

Toby Allen has said he is no stranger to anxiety, which was the first monster he drew. Each beast’s features all have their roots in the specific feelings these mental illnesses inflict. He’s adamant that his art isn’t meant to make these illnesses be taken any less seriously. Rather, by giving them physical form, they can be physically attacked and beaten. 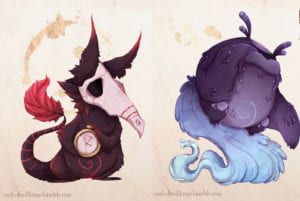 Anxiety and depression are probably the most common out of these eight illnesses. Allen created the anxiety beast (left) to be “small enough to sit on the victim’s shoulder and whisper things into their unconscious.” Depression (right) he envisioned as a bloated monster that floats around, its tail wrapped around the victim to share its depression. 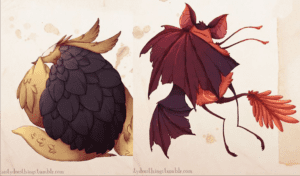 Social anxiety (left) has an armadillo-like appearance. The hard plates are meant to keep it safe from irrational worries of the outside world. Allen gave it pale skin because it hides from the light, always lying underneath. Avoidant personality disorder (right) has a bat-like appearance. It appears grotesque on the outside, but Allen says it hides an inner beauty. The leaf-like wings allows it to hide in trees, camouflaged to the outside world. 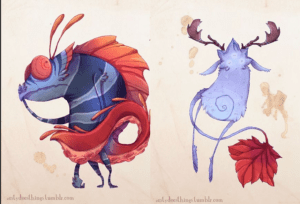 Dissociative personality disorder (left) also called multiple personality disorder, is similar to a chimera. It has limbs and parts of many different creatures, as divergent as the personalities someone who suffers from DID possesses. Borderline personality disorder (right) has a delicate, ice-like form. But Allen states that since moves in swarms, they heighten their victim’s emotions to the breaking point. With a tail of tentacles, insect-like antennae, and the body of a chameleon, DID is the ultimate shapeshifter and one of the most devious monsters. 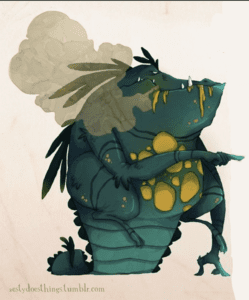 Lastly and probably most evil and powerful is schizophrenia. It often uses paranoia as one of his henchmen. His Jabba the Hutt-like appearance makes him seem like a monstrous crime boss. In this role he forces his victims (through voices in their head) to do his bidding. Allen says the soars on the underbelly emit hallucinogenic gases to control people.

One of Allen’s aims was to lessen or eliminate the stigma that surrounds these illnesses. By giving them physical, accessible, and even humorous portrayals he has indeed made them approachable for someone who is free from their grip.