The End of Wisdom Teeth? 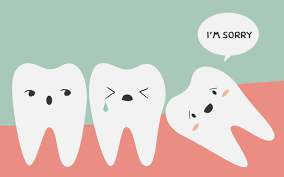 People often see wisdom teeth as the bane of their young lives. Wisdom teeth (or third molars) appear between the ages of 17 and 25. In general, people have four of these molars though many have fewer, and in fact, a good amount of individuals do not have any wisdom teeth. While the majority of people have to have their often painful wisdom teeth removed, those born without wisdom teeth get a free pass. But why do these ‘mutants’ exist? Why aren’t wisdom teeth either universally present or universally absent?

Prehistoric Man and His Teeth

Wisdom teeth are a remnant of our prehistoric selves. Our ancestors did not always walk on two limbs (as you should know), but on four for a time. In this situation, the arms’ main task was balance and running. It was the massive mouth, the protruding jaw complete with all 32 teeth, that humans used to lead the way. Like today, our ancestors used their teeth for chewing and consuming food. But prehistoric man also used his teeth for heavy duty tasks such as catching and dismembering prey. In a time before we grasped cutting tools, prehistoric man’s teeth did a lot of the legwork.

A Study in Evolution

As with all of life, evolution had its way with prehistoric man. Early humans, or hominids, began walking upright, and arms took on a greater role in obtaining food. After that, brains became larger and jaws became shorter. To this day, scientists  still are not exactly certain which came first. In 2004, however, a team from the University of Pennsylvania made a notable discovery. They had discovered a gene called MYH16. Mutations in this gene lead to shorter jaws, which may have been the factor that enabled early man’s brain to grow. Whatever the process, the change lessened the amount of space available to teeth in the mouth.

As our bodies were changing, so were some of our ways of life. For instance, around the same time, man was creating the first tools—including cooking utensils. With bigger brains, man learned the usefulness of fire, especially its ability to soften food. Man’s diet therefore became much more processed, abandoning the roots and raw meat that our ancestors ate. This biological and social shift away from big mouths and tough diet led to decreased our reliance on our wisdom teeth. 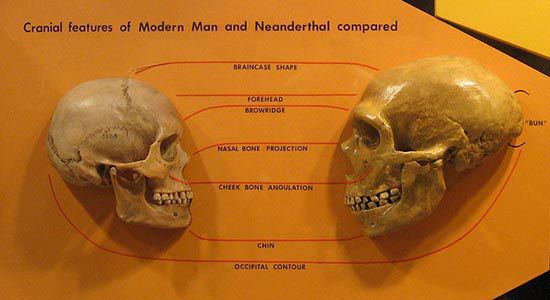 The logical conclusion to draw from the evidence is that wisdom teeth will gradually disappear in human beings. Today as much as 35% of the population does not have wisdom teeth, so it would seem this trend is occurring. This conclusion, however, cannot be made at this time. There are just too many unknowns at this point to definitively state that wisdom teeth will vanish. Scientists still aren’t certain of the role that DNA plays in creating teeth at the third molar position. Third molars develop entirely after birth—the only teeth to do so. Because these teeth aren’t present at birth, it may be harder for nature to select against them. The tissue that begins the process of wisdom tooth building has to migrate back in the mouth in order to interact with the back jaw tissue. If this migration doesn’t happen, then no tooth will grow there. Thus, at this time it isn’t clear if the cause for the lack of wisdom teeth is an evolutionary one or due to environmental factors—factors that interrupt the migration of wisdom tooth tissue to the back of the mouth.