The Scary Tie Between Periodontitis and Heart Attacks 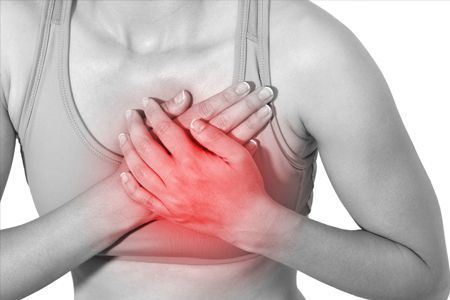 Generally, when people think about the causes of cardiovascular disease and heart attacks, some of the first things that come to mind include a bad diet, alcohol intake, and smoking. However, many individuals may not realize that poor oral hygiene should also be added to that list.

Within the past several years, the American Heart Association began publicly endorsing the biological link between periodontal disease and cardiovascular issues. So, how is it possible for unhealthy teeth and gums to affect the heart? Here’s the lowdown on the scary ties between poor oral health and heart disease.

If you think of the human body as a map, the vascular system represents tiny roads that eventually lead to the ultimate physiological destination—the heart. Essentially, anything that travels along the veins or arteries can make its way to the heart, weakening this organ’s muscles and leaving residue in the arteries during the trip. One of the worst types of litter that periodontal disease breeds is bacteria, which can ultimately clog arteries. This means that infection from the teeth and gums can lead straight to the heart if not properly treated.

The body constantly carries and harbors bacteria—in fact, some bacteria is actually healthy and can help regulate physiological functions. When someone is dealing with an infected set of teeth or gums, however, the infection causes an overflow of unhealthy bacteria. These types of infections create the perfect breeding ground for the kind of bacteria that can hitch a ride to the heart and cause damage.

Over time, plaque buildup from bacteria in the arterial walls can prevent proper blood flow from getting to the cardiac muscle, weakening the heart and hardening the arteries. Without proper dental care, this may eventually lead to narrow or clogged arteries, resulting in heart disease and, in some instances, a heart attack.

According to the American Academy of Periodontology, more than 50 percent of adults in the United States have some form of periodontal disease. Such a high percentage suggests that diseases related to the teeth and gums are prevalent and often left unattended. Because of the ties between periodontal and cardiac issues, this also means a stark number of people are at a proven risk of developing cardiovascular disease.

The AAP states that a person’s best defense against periodontal disease begins with a good, old-fashioned toothbrush. Brushing twice a day, in addition to flossing daily, decreases your chance of developing periodontal disease and other oral health issues. Visiting a dentist regularly also keeps your teeth in good health and you on top of any dental problems that may arise.