Why You Should Replace Metal Fillings 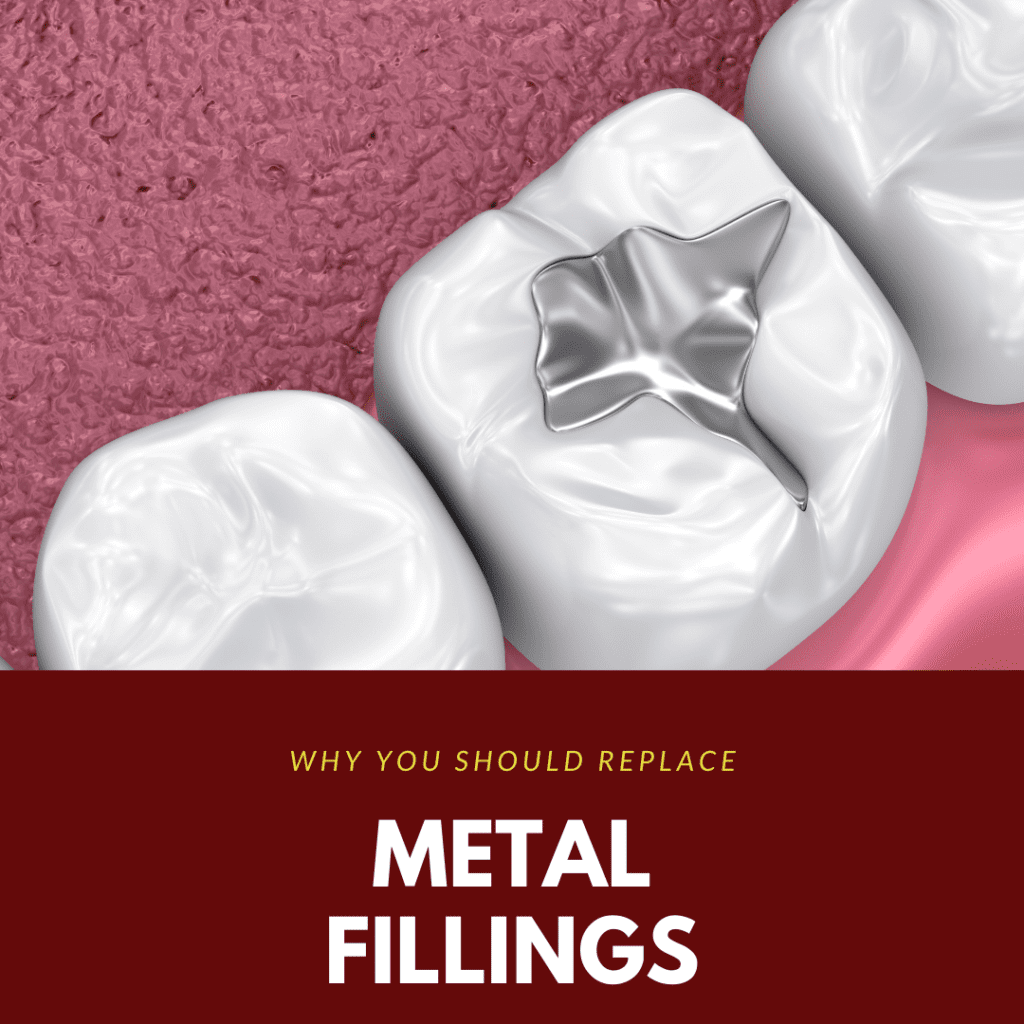 Metal fillings, more formally known as amalgam fillings, became the dental restorative material of choice back in the 1800s because they were easy to apply, strong, durable, and didn’t cost much. Since that time, they continued to be a popular choice until composite fillings were developed in the 1960s. Despite the introduction of composite fillings, some dentists still insisted on using amalgam fillings, which is why some people still have them today.

Metal fillings are made of an amalgamation of metals, hence why they are also called amalgamation fillings. Generally they contain mercury, silver, tin, and copper. There are also gld fillings, which are another type of metal filling that usually contains gold, copper, and small amounts of other metals. While metal was  ideal for dental fillings of the past, metal fillings are now considered to be outdated. Therefore, more and more dentists are recommending that metal fillings should be replaced with composite fillings. Here’s why:

When placing a metal filling, your dentist will need to first remove the damaged or decayed tissue. Once this has been removed, they will then shape the remaining cavity to accommodate a dental filling. Unfortunately, metal fillings require the removal of more healthy tooth structure so that they can be properly placed. Composite fillings, on the other hand, are able to preserve more of your natural tooth.

Metal fillings use liquid mercury as a binding material. About half of a metal filling is composed of liquid mercury mixed with a powder of silver, tin, and copper. Although this mixture starts off soft, it quickly hardens in place. While the FDA has approved amalgam fillings as being safe, they do note that mercury from dental fillings is bioaccumulative, meaning that it collects in your system overtime. It is recommended that women who are pregnant or plan on becoming pregnant, people with kidney problems, or people with pre-existing neurological conditions should avoid using dental amalgam.

Since metal fillings are composed of metal, they will have a metallic appearance. Unlike composite fillings, which blend in seamlessly with your natural teeth, metal fillings will stick out and be extremely noticeable.

Certain types of metals can change shape slightly in different temperatures and mercury is one of those metals. This means that eating or drinking something hot can cause your filling to expand and place pressure on your tooth. This also means that eating or drinking something cold can cause your filling to contract and create a small gap between your tooth and the filling. The constant expansion and contraction of metal fillings can not only damage your teeth and increase your risk of filling leakage, but it can also lead to tooth sensitivity.